Down in St. Louis, the self-proclaimed “Best Fans in Baseball” and Cardinals’ ownership expects one thing: for the baseball team to win.

After Mike Matheny took the reigns as Cardinals’ manager following the Cardinals’ 2011 World Series championship, the Cardinals haven’t been able to quite reach that point again, and they are only getting worse. 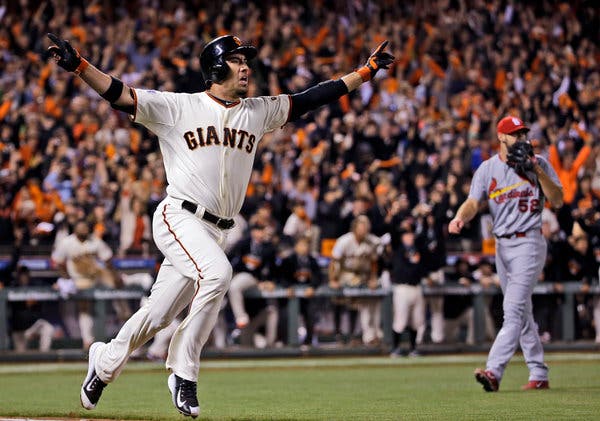 Travis Ishikawa delivered the walk-off home run to eliminate the Cardinals in Game 5 of the 2014 National Championship League Series.

Since then, they have been competitive, but not quite good enough to make the postseason.  They won 86 games and finished in second-place in the NL Central in 2016, but missed the playoffs on the last day of the season.  They were competitive again in 2017, winning 83 games and finishing four games behind the Rockies for the second NL Wild Card spot.

Currently, the Cardinals are only one game above .500 and are third in the NL Central standings.  Following an 8-2 loss against Cincinnati at home today, Matheny was fired.

After six and a half seasons, Matheny came so close quite to winning it all a few times, yet he could never lead St. Louis to a World Series title.  This is the first time since 1995 that the Cardinals have fired their manager in the middle of the season.  The Cardinals’ bench coach Mike Shildt will serve as the interim manager.