The city of Seattle was granted an expansion franchise this past season, and the CEO of the construction of their arena says the team will be on track to play for 2020, according to Seattle’s Fox affiliate.

With this in mind, the Seattle franchise does not have a nickname yet.  OddsShark came out with the likelihood of each of the 13 final name choices for Seattle.  They are as follows:

So with those names, I am going to rank them from worst to first in my opinion.

The state of Washington’s official state fish is a Rainbow Trout.

While having a fish would an appropriate choice for a team located in the Pacific Northwest region, I am marking it down so low based on further research.  The name of “Seattle Sockeyes” has been trademarked by a romance novel series, according to Seattle’s Fox affiliate.

This was the only cover I found where the dude had a shirt on, be thankful.

I don’t care how good the name itself would be, I wouldn’t want to be associated with a romance novel series that is based on a hockey team with the same name.

Upon further research, this was not part of a romance novel.

However, the Cougars are a very lackluster name for a new franchise.  It sounds like a team name you would pick in the creation zone of NHL 18, then use the Florida Panthers old logo or some generic logo that EA created for you.  There is no creativity behind this name. 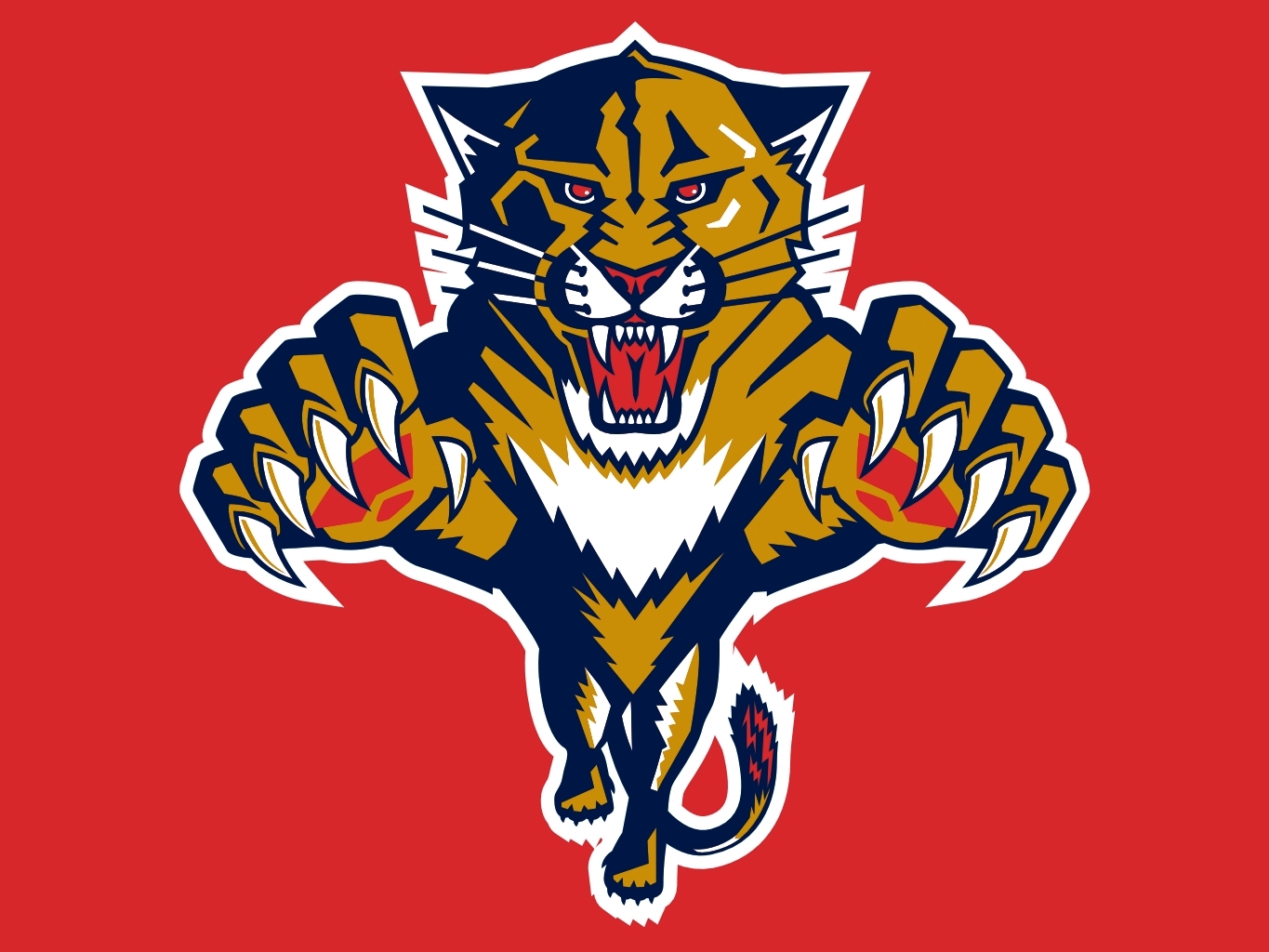 At least there is a species of the cat family that is called the Florida Panther.  But cougars can be found throughout the entire Western US, along with a lot of South America, so what makes it so exclusive to Seattle?

At least the Washington State University Cougars share the name.  That would be pretty cool for them to share a name, I guess. This one in basic too.  It would fit in with the bird theme, considering that the Seattle Seahawks of the NFL and the Seattle Thunderbirds of the WHL junior league have birds as their name and logo (both birds aren’t real, but they have cool themes and names).

Not to mention the fact that the Philadelphia Eagles won the most recent Super Bowl and they could be starting an era of dominance in the NFL, meanwhile Seattle’s football team missed the playoffs last year and don’t appear to be making it back this season. 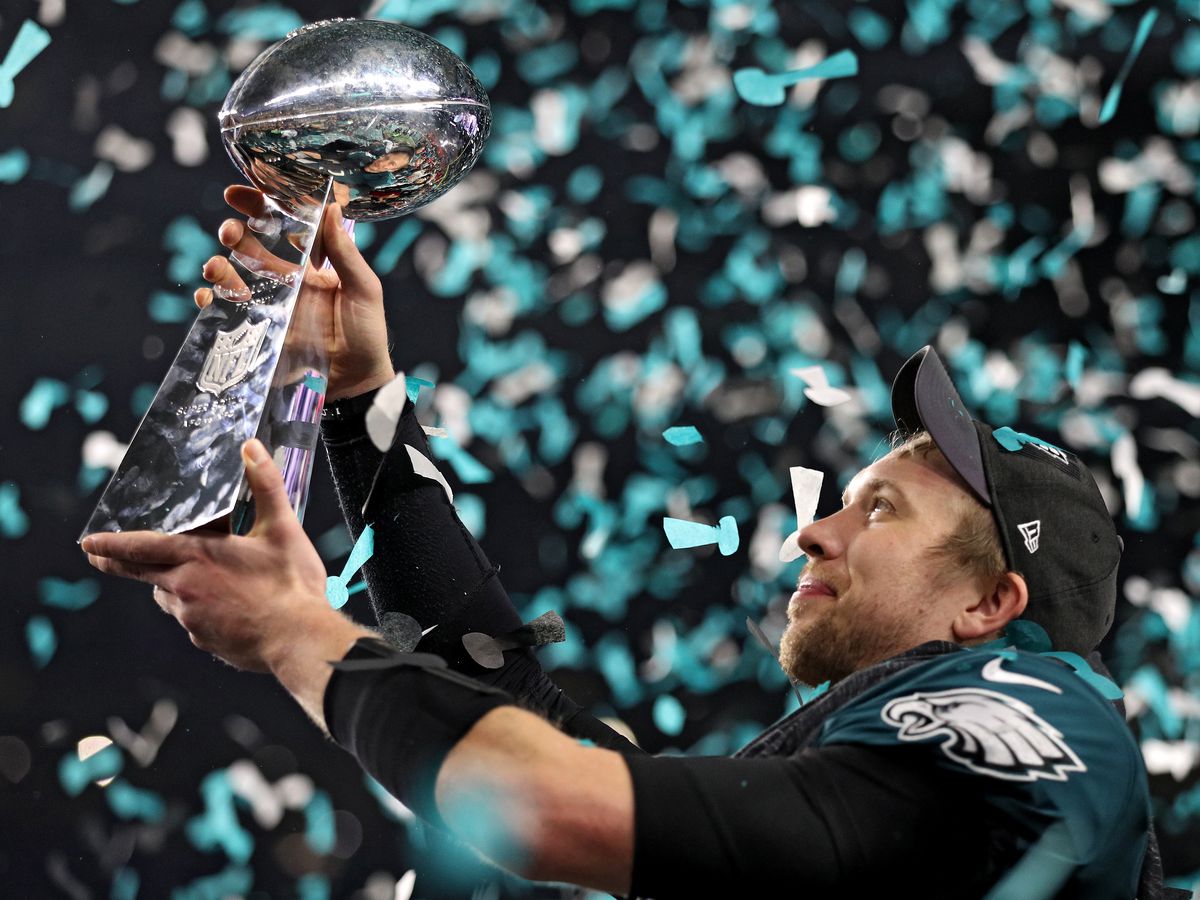 It sounds like a cheap rip-off of the Hartford Whalers, and this would not go over well with most hockey fans.

The San Jose Sharks have a sea animal in their name and logo, while their most likely and closest rival up in Vancouver has an aggressive looking whale as their logo.  Not to mention (Anaheim) ducks live by the water, so that makes three of their future division rivals have somewhat similar names/logos (the Anaheim one is a stretch, yes, but still…).

This one just doesn’t make too much sense.  It carries on the same theme of birds that I discussed with the Eagles, albeit a little more creative, but it is still a relatively bland name.  Once again, it sounds like something that I would have made in NHL 18.  In fact, my own brother made an expansion team called the Seattle Pheonix.  Using a Pheonix would be a little more creative.  It also would be better than “Firebirds” because of the name of another future division rival in the Pacific Division, the Calgary Flames.

The name could confuse some people with the Coyotes, who used to be named the Pheonix Coyotes.  They are currently the Arizona Coyotes now and they play in Glendale, a suburb 23 minutes away from Pheonix.

The fictional firebird, the Pheonix.

As you may have noticed, there is a bit of a problem with trying to name the Seattle franchise anything related to birds, fire, or marine animals.  Let’s move on.

Why?  The only reason this is as high as it is is that it rolls off the tongue.

Similar to cougars, sea lions are found on coastlines all along the Pacific ocean.  It isn’t exclusive to Seattle, the state of Washington, or even just the west coast of North America.

The Seattle Seals rolls off of the tongue nicely as well, a little nicer than the Sea Lions in my opinion.

It would be a nice homage to the Seals and the Golden Seals back when they played in the Bay-Area from 1967 to 1976.

But besides that, it does not really sound that good of a name for a hockey team, even though it was previously used in the NHL.

Now we are starting to get into the good ones.

I like the idea of this name a lot, paying homage to the Native American tribes that made the Pacific Northwest their home.

However, I feel that this name is just too basic compared to the rest of the contenders.

This may be the one tree-related name that would work for a top-tier team.

Evergreens don’t die in the winter, unlike most trees, and there are plenty of evergreens on the Pacific Coast.  The evergreen can be used as a symbol of resilience and not quitting, even though it is only a tree.

That last paragraph sounds like it came out of a Disney movie, but whatever. 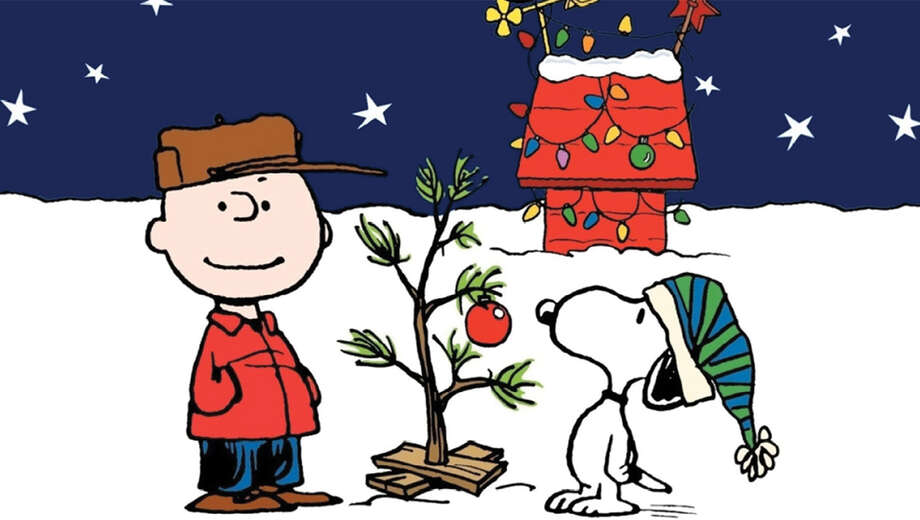 The second thing would be the fact that these uniforms would be the same color as the Seattle Metropolitans, who last played in the Pacific Coast Hockey Association in 1924 and won the Stanley Cup in 1917, the same calendar year that the NHL was created.

The main issue would be finding a good logo and a mascot.  The Stanford logo looks nice, but their mascot is scary to look at. 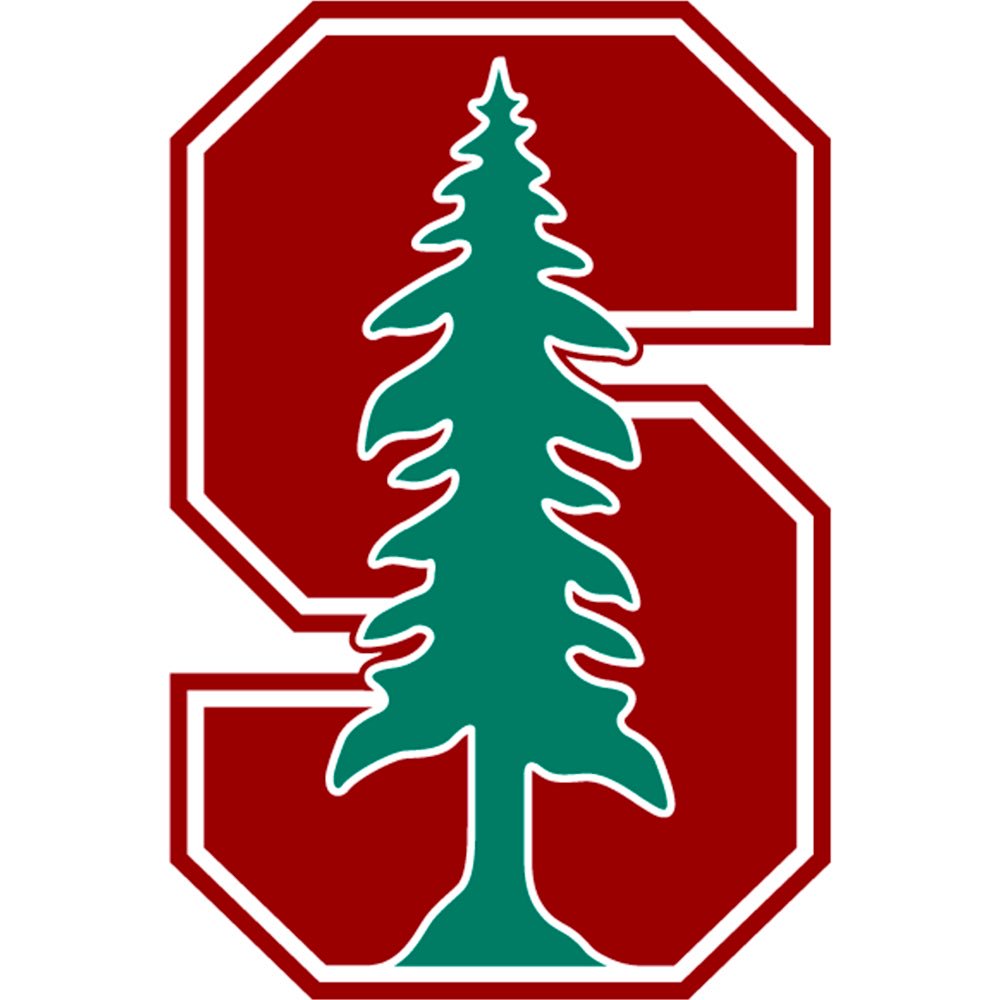 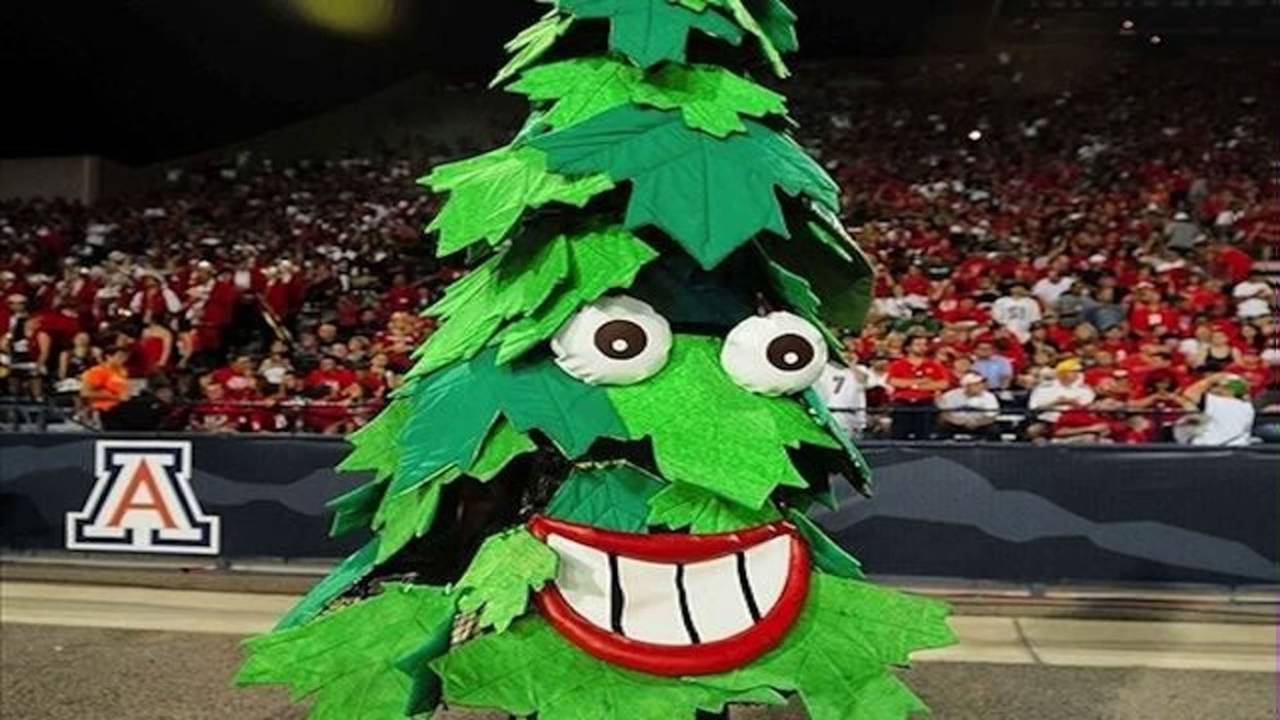 Allow me to get my tissues and cuddle up in a corner while looking at that horrifying mascot.

This is a solid name, but I don’t know if this is the best name to have, considering it basically means to abandon a thought, belief, etc.

I don’t think this would turn fans away by any means, but a challenge would come when deciding to make a logo or a mascot.  What are you going to use, Benedict Arnold?

Once again, the name sounds cool by itself, but it would be a tricky one to market.

Now we are getting into the REALLY good ones.

When people think of emerald, they will most likely think of the fictional Emerald City from the “Wizard of Oz”.

Emerald, of course, is a shade of green that is associated with glamor.  Green would work well with Seattle, considering that the Mariners and Seahawks have a shade of green (and as mentioned earlier, the Thunderbirds and the long-defunct Metropolitans) in their color schemes.

The Emerald jewel is believed to be a symbol of rebirth, foresight, and good fortune.  This would be perfect for the new Seattle franchise, given the fact that they have not had a top-level hockey team since the 1920s.

Nothing bad to say about this choice.  I would be interested to see what they would do with the logo, uniforms, and especially, the arena.

This is would be an awesome idea.

If the logo could be a scaled down replica of the illustration above, it can depict Seattle taking tearing apart their opponents.

That would be intimidating.  It would also give a good pre-game show as well, but I really hope that Seattle doesn’t get as carried away by pre-game festivities as the Vegas Golden Knights did.

And at number one, I have the Seattle Rainiers.

I am a sucker for geographical, historical, and ethical references and tributes, and this fits the geographical part.  Mt. Rainier is the tallest mountain in the Cascades, as well as the highest point in the state of Washington. 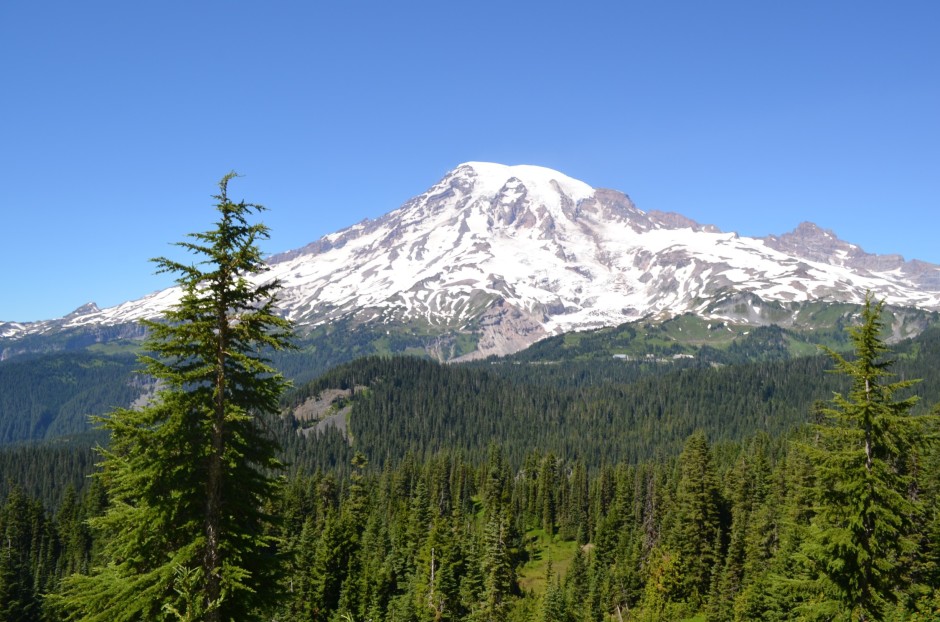 It is a beautiful mountain that is just Southeast of Seattle.

The Tacoma Rainiers, the Triple-A affiliate of the Seattle Mariners, have donned the name Rainiers.  It would be cool to see the new Seattle NHL franchise share the nickname.

Other names could be the Cascades or the Metropolitans (as I mentioned earlier).  Maybe they could make a reference to grunge music that came out of Seattle and the entire state of Washington (just PLEASE do not name the team after coffee).

So what do you think the team should be named? Leave your suggestions down below!