2006 was the year of punch AJ, the year after the White Sox won the World Series.  2017 showed a less intense rivalry, with the Cubs being the team that was coming off of a World Series championship.

Rick Hahn and Theo Epstein were able to strike a deal, and both added skill to their respective ball clubs that fit the direction they were heading; Hahn’s White Sox were in the beginning stages of a rebuild, while the Cubs were looking to establish a dynasty after winning a World Series that past November.

And with that, a huge trade was made; it may not have been the biggest trade to the entire MLB, but here in Chicago, it was a blockbuster deal.  The White Sox sent their southpaw ace Jose Quintana to their crosstown rivals for a pair of top prospects (outfielder Eloy Jimenez and pitcher Dylan Cease), as well as two other minor leaguers (first baseman Matt Rose and second baseman/shortstop Bryant Flete).

With that, let’s review how all five of these players have done since they swapped sides in this Chi-town rivalry.

We’ll start with the only major leaguer in the group, LHP Jose Quintana.

Quintana has never had the best ERA, and he has never been a top-level pitcher, but one thing he normally can give a ball club is innings pitched.  With the White Sox, Quintana tossed 200 or more innings four out of five seasons.  In those four years, his ERA was also consistent, throwing between 3.20 and 3.51.  Transitioning to the National League, Quintana probably won’t throw quite as many innings in most years, considering the fact that he may be taken out of games earlier to be replaced by a pinch hitter.

Most Sox fans will remember him being a very unlucky pitcher, where he would do well enough to earn a win on a lot of nights, but his offense would not support him, which would lead to a loss or a no-decision for Quintana (sounds similar to Reynaldo Lopez…).  Despite lack of run support, Quintana finished his White Sox career with a record of 50-54. 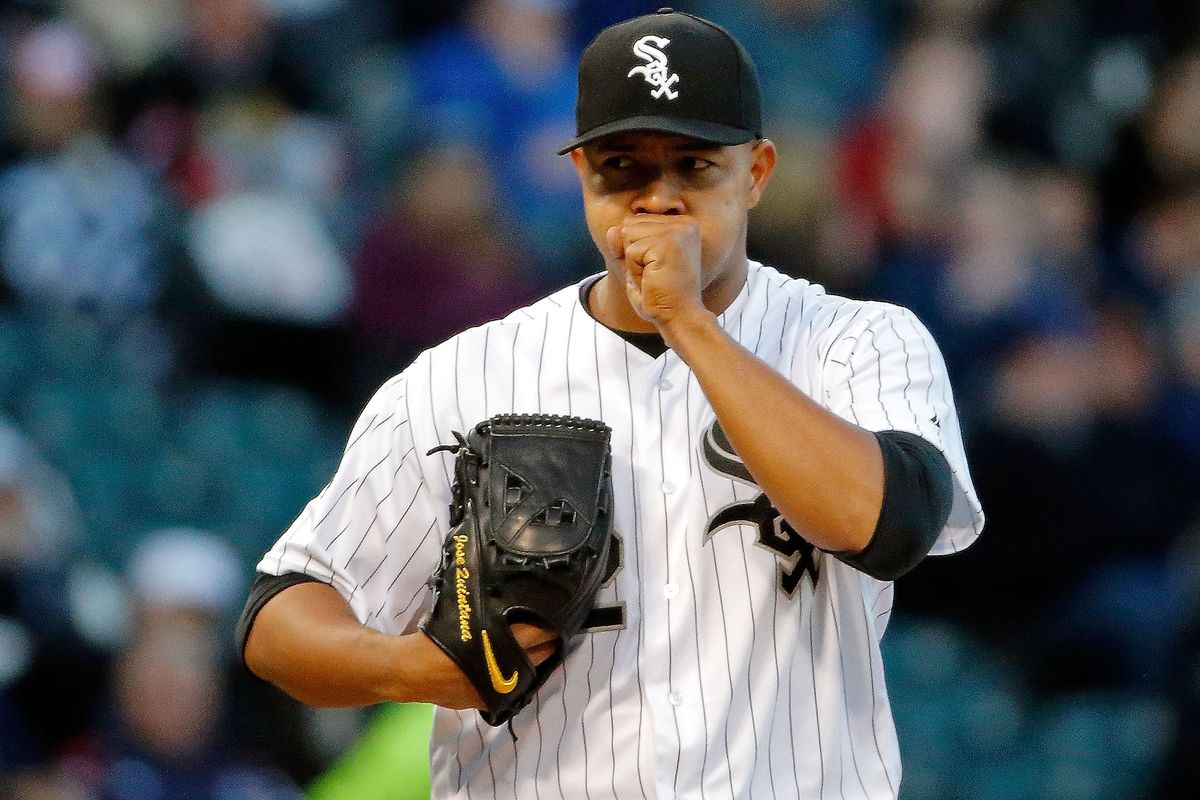 Quintana became the ace of the starting rotation in 2017 after the White Sox shipped Chris Sale up to Boston (wayy-yooo! Dropkick Murphys anyone?) in December of 2016, sparking the White Sox’ rebuild.  This didn’t seem to bode well with Quintana, as he had a down year in his final half-season with the White Sox.  Before the trade, Quintana had a 4.49 ERA with a 1.323 WHIP.  His record was only 4-8.

Quintana got traded to the Cubs (the reason for this article) and made his first start with his new club after the all-star game.  Quintana had a much better second-half of the 2017 campaign, as he pitched his way to a 3.74 ERA; higher than he had in four of his five seasons prior to 2017, but still a major improvement.

In the playoffs, Quintana had a couple of solid outings, but in Game 5 of the NLCS, he got shelled. He gave up six runs (all earned) in two innings.

2018 has started off pretty rough for Quintana. His last start against San Francisco featured six shutout innings in which Quintana surrender only three hits.  It also pushed his ERA down to 3.96.  This was only the first time, however,  he had been under 4 all season long.  Both his ERA and his WHIP are currently at a career-highs of  3.96 and 1.372 respectively.

So far, Quintana has been a serviceable back-end of the rotation starting pitcher for the Cubs, but I think the Cubs and their fans were expecting a little more out of him at this point, considering the potential talent they gave up for him.

Of course, a big reason why Quintana is more valuable then he appears is his team-friendly contract.  After this season, Quintana will be making $10.5 million for each of the next two seasons.  For the Cubs, this is not a very expensive contract, and if Quintana could get results like he did with the White Sox, then the Cubs would truly be beneficiaries of this trade.

Eloy Jimenez was definitely the main piece going the other way to the White Sox in this five-player deal.  Jimenez has torn it up in the minors, rising from Single-A in 2017 to the Triple-A this season.  He suffered an injury at the beginning of July, but he should be back pretty soon for the Charlotte Knights.

Currently, Jiminez is hitting .293 in 41 at-bats (a small sample size, but still a good sign), with two homer and four RBIs.  In Double-A Birmingham this year, Jimenez crushed his way to a .317 batting average, with ten homers, 42 RBIs, and 114 total bases in 53 games.

There is a possibility of Jimenez being called up to the White Sox MLB roster in September when the roster size expands to 40 players.  It is not certain, of course, but Jimenez set a goal for himself to get to the majors as quickly as possible, and if he recovers well from this injury, he will be well on his way to cracking the major league roster.

The other major acquisition for the Sox in this trade was Dylan Cease, a right-handed pitcher.  He has done a very solid job in the minors this year, posting a 2.95 ERA, a 1.14 WHIP, and a 10-2 record across Single-A (Advanced) Winston-Salem and Double-A Birmingham.  13 of Cease’s 16 starts this season have been with Winston-Salem.  Cease still has a little ways to go, but he has looked good so far across his minor league career. 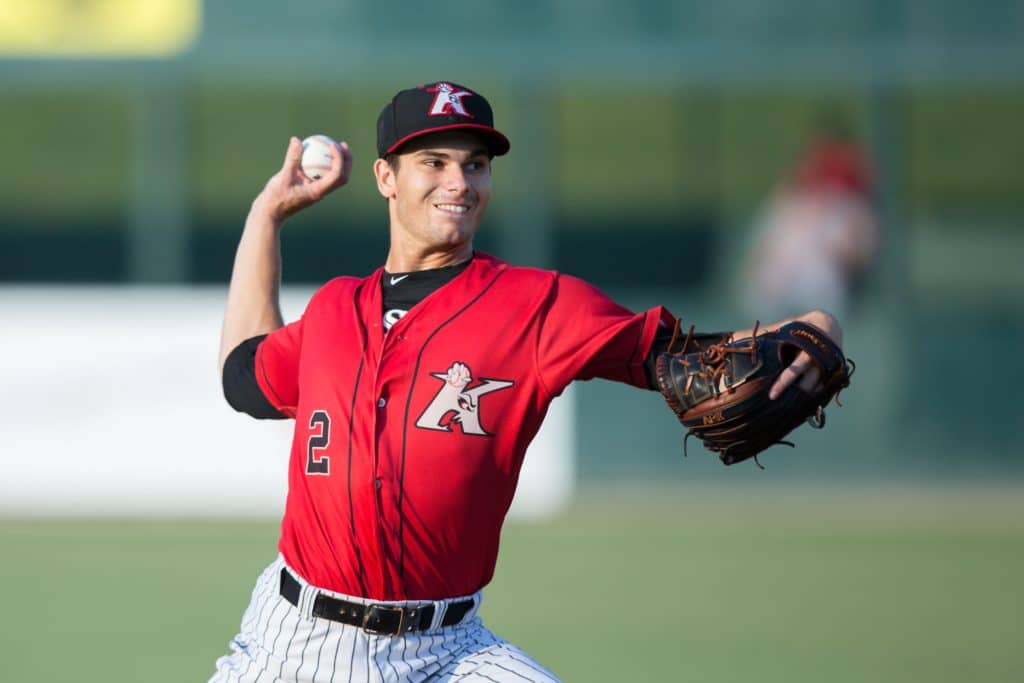 Matt Rose was definitely not a main part of the deal, as he has struggled immensely down in Double-A Birmingham this year.  In 70 games, the Barons’ first baseman has hit only .193, with an OBP of .269.  At 23-years-old, I doubt he will make an impact on the rebuild going on for the White Sox.

Flete is in a similar situation that Rose is in.  Flete won’t make an impact in the rebuild, as this middle-infielder is hitting .250 with one homer in 56 games so far this season for the Barons.  At 25-years-old, he looks like he will be a career minor leaguer.

So there you have it.  One year later, it is far too early to declare a winner.  Both teams could definitely win the trade, depending on how their asset(s) pan out.

Quintana needs to improve for the Cubs, and his last start against the Giants certainly has him heading on the right track.

Jimenez and Cease are looking good, but minor league results aren’t the best sources for major league expectations.  Jimenez should be on the major league squad in 2019, maybe even a the end of this season, while we should expect Dylan Cease to be in the farm system until 2020.  This, of course, is all speculation.  It also doesn’t take injuries into consideration (no matter what, the potential for injury will always be a concern in predicting sports outcomes).

With that being said, happy one-year anniversary, Chicago baseball fans!

There was an error retrieving images from Instagram. An attempt will be remade in a few minutes.