Ottawa Senator’s defenseman Erik Karlsson has been put on the trade block, as the Senators have given permission to other teams to negotiate possible extensions if said team lands Karlsson this offseason.  The 2018-19 season will be the last year on his contract, which currently has a cap hit of $6.5 million and a modified no-trade clause. 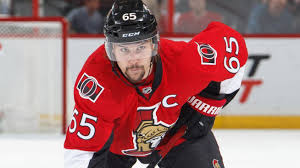 The Dallas Stars are one of the favorites in acquiring the four-time all-star.

Dallas defensive prospect Miro Heiskanen was apparently part of the talks, but the Stars seemed uninterested in giving him up, even for a two-time Norris Trophy winner (not to mention how he has finished second in Norris Trophy voting twice as well).

Karlsson has shown throughout his career that he has the ability to score.  He has scored over 65 points in each of his last five seasons, as well as leading the NHL in assists with 66 in 2015-16.  Defensively, he is not afraid to get in front of the puck, having at least 120 blocked shots in each of the last three seasons.  His 201 blocked shots in the 2016-17 campaign was good for second in the NHL, first in the Eastern Conference.

The Stars will have to be willing to give up top prospects, draft picks, and/or other assets (including Heiskanen) if they expect to acquire one of the best defensemen in the NHL, especially since he will be entering his prime.  The Stars are definitely not the only team interested in Karlsson, and the Lightning are favorites along-side Dallas.

If Dallas is able to acquire Karlsson and sign him to an extension, they would have a franchise-caliber superstar on the blue line that could put them back in the race in the tough, competitive Central Division.